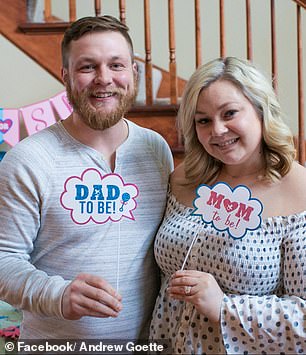 A woman saved her husband during cardiac arrest – and, after he awoke, she gave birth to their son
Thirty-nine weeks’ pregnant and scheduled to be induced the next day, Ashley Goette had to force the grim thoughts from her mind.

Goette, from Saint Paul, Minnesota, woke up last week and heard her husband, Andrew, gasping for air. Though she did not know it at the time, her husband was slipping into cardiac arrest due to an abnormal heart rhythm, according to reports.

“I think my husband can’t breathe,” she told the dispatcher, according to 911 audio obtained by “Good Morning America.” “He was just making these sounds. I think I need to give him CPR.”

She was right, and the dispatcher began to walk her through it, telling her to drag her husband onto the floor to start compressions.

“I’m pregnant,” Goette responded, sounding as though she was struggling. “I can’t do this.”

The soon-to-be mom later said she started performing CPR on the bed, and soon after, the paramedics arrived, rushing her husband to a nearby hospital, where he was placed in a medically induced coma.

“I didn’t want to have to think for one second about having to do any of this without him,” she said during a news conference, according to Fox affiliate KMSP. “I kept telling him the whole time he was asleep, or in his coma, that I was not going to have this baby until he woke up.”

Officials said Andrew Goette was placed in the coma Oct. 16 at United Hospital in St. Paul and his body was cooled down in an effort to minimize possible brain damage. Despite fear that “he might have suffered severe damage from the cardiac arrest,” when he was awakened the next day, “he turned out to be fully responsive and neurologically intact,” according to media advisory from Allina Health.

“As the nurse began to remove the sedatives, Andrew began to twitch,” according to a GoFundMe set up for the couple. “Still thinking it could be shivering or a seizure, his nurse Libby said, ‘Andrew, open your eyes.’ ”

On Thursday, Ashley Goette was induced, and by the next day, she was ready to deliver their first child.

Goette said her husband’s medical team wheeled him down to the maternity ward in his hospital bed and “parked it next to mine,” according to KMSP. A photo on GoFundMe shows the couple, side-by-side in their beds, holding hands.

Ultimately, Goette needed a C-section, so her husband had to watch the birth via video chat. But, the couple said, in the end, it didn’t matter.

“I was just so excited to be able to see him be born,” the new father told reporters about the birth of his son, according to CBS affiliate WCCO.

“All of that is nothing,” she said. “He’s coming home and that’s really the only thing that matters.”

The Goettes could not be reached for comment, but Alex Teeters, a pulmonary and critical care physician at United Hospital, said during the news conference that Andrew Goette turned out to have a condition called Wolff-Parkinson White syndrome.

People with Wolff-Parkinson White have abnormal electrical pathways that can cause a rapid heart rate and arrhythmia, according to the Mayo Clinic.

Teeters told reporters that Andrew Goette has had a procedure to correct it and that his prognosis is “fantastic,” according to ABC affiliate KSTP.

But, the doctor said, “I don’t think Andrew would be here today if it weren’t for the actions of Ashley.”

Ashley performed CPR on her husband and called 911 right away, but by the time paramedics arrived, Andrew had been without oxygen for a long time (pictured in the hospital) 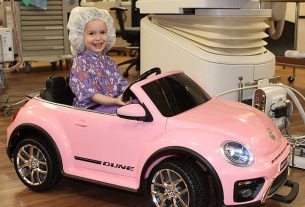 On the road to recovery! California hospital offers tiny cars to its ‘littlest patients’ to DRIVE themselves to the operating room so they feel less stressed about their surgery 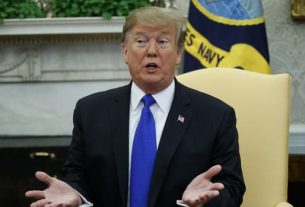 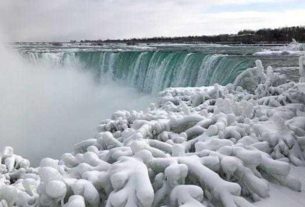