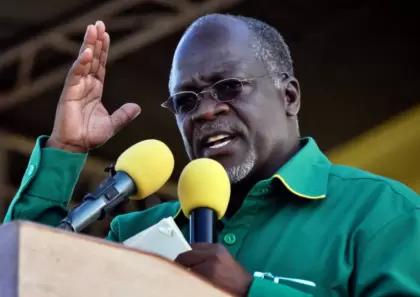 It remains to be seen whether Western pressure and international condemnation can eventually rein in Magafuli’s authoritarian impulses.

The increasingly authoritarian rule of President John Magafuli is raising international concern about Tanzania, once one of the most stable democracies in a strategically vital part of Africa.

An accelerating crackdown on opposition since Magafuli took power in 2015 has made the East African country one of the most notable examples of creeping democratic decline on the continent this century, after major gains in the 1990s following the end of the Cold War.

It confirms East and Central Africa’s position in the forefront of a deterioration of political and civil rights, which has left only 11% of Africa “politically free,” according to the U.S. think tank Freedom House.

For all the hand wringing in South Africa about corruption and decline, that country is in the forefront of the most positive region of Africa under Freedom House classifications, while Tanzania – a bridge between the turbulent Great Lakes region and southern Africa – is moving in the opposite direction.

The reversal is all the more disturbing because Tanzania previously stood out in a troubled region for its stability and absence of ethnic conflict, established under revered founding father Julius Nyerere after independence in the early 1960s, and its healthy democratic space, cemented in 1992 by transformation into a multi-party state.

Now Tanzania, East Africa’s second-biggest economy, has gone into reverse, with Magafuli apparently intent on returning to a virtual one-party state under the ruling Chama Cha Mapinduzi (CCM) and emulating the type of strongman rule seen in neighbouring countries like Uganda, Burundi and Rwanda.

The transformation in the image of Magafuli, 59, seems as remarkable as that of his country.

When he came to power in 2015, he was extraordinarily popular among the 57 million population. According to one poll, he had a 96% approval rating at the end of his first year in office.

Known as the “Bulldozer” from his previous robust road-building programme as minister of works, he set about sweeping away corruption, overspending, waste, and inertia. He removed 10,000 so-called “ghost workers” from the public payroll, cut through bureaucracy and dismissed a string of senior officials, some of them live on TV.

The hashtag #WhatWouldMagafuliDo became popular among critics of other African presidents.

Earlier this month, 38 international NGOs called on the next United Nations Human Rights council meeting in June and July to address “the ongoing deterioration” in Tanzania, which they described as a crisis.

They said in a statement that legal and extra-judicial methods, including violence, were used against the political opposition, rights advocates, journalists and members of the LGBT community, and that elections next year were unlikely to be free and fair.

The government denies the charges, but the European Union withdrew its ambassador from Tanzania last November and has not replaced him pending a review of relations with Dar es Salaam, including development assistance.

Opposition to Magafuli and his government can be seriously hazardous. Rival politicians, journalists and even musicians have been jailed and beaten up, and several have been killed in unsolved murders.

Murders and attacks against opponents

Journalist Azory Gwanda, who had been investigating a spate of mysterious killings, disappeared in 2017, the same year opposition member of parliament Tundu Lissu narrowly escaped an assassination attempt that left him badly wounded and his car riddled with bullets.

In February last year, opposition politician Godfrey Luena was murdered with machetes outside his home, and earlier this month blogger Mdude Nyagali, a trenchant critic of Magafuli, was abducted and found, dazed, bruised, and traumatised five days later after a public outcry.

The president has banned some newspapers and radio stations and restricted opposition rallies. In January, the ruling party-dominated parliament passed a law that gave a government-appointed official sweeping power over political parties and which the opposition said was intended to restore one-party rule. Legislation also bans the publication of statistics without government approval.

Bloggers have to pay a prohibitive sum of nearly $1,000 to register, and a cybercrime law passed by Magafuli’s predecessor has been used to quash dissent.

But indications are that the move towards strongman rule, unpredictable state intervention in mining and agriculture, and political uncertainty are having a negative impact. Foreign investment and business confidence have fallen.

The International Monetary Fund said in a critical report in April that government policies were likely to reduce one of the fastest growth rates in Africa. It predicted a medium-term GDP increase of 4% to 5% against a government forecast of more than 7% this year.

It remains to be seen whether Western pressure and international condemnation can eventually rein in Magafuli’s authoritarian impulses.

However, although his popularity has plummeted from its remarkable peak, it remains substantial, especially in rural areas sick of previous corruption and inefficiency. He may calculate that he can shrug off foreign disapproval, despite the pain from the loss of donor funding, long enough to ensure his re-election next year.

In the event, there seem to be few prospects that Tanzania will be involved in any moves to reverse Africa’s unfortunate democratic decline, whatever the pressure from abroad. 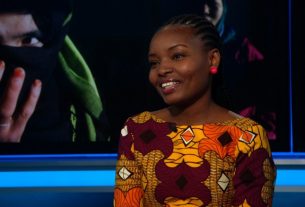 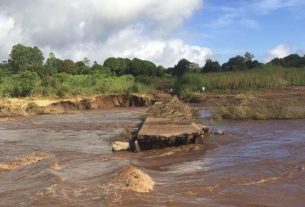 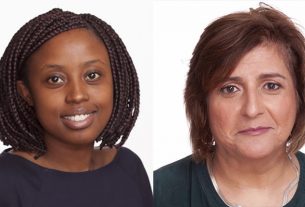