Islamic Jihad announced it had agreed to an Egyptian-brokered ceasefire to end an escalating exchange of fire with Israel, as Israeli jets struck sites in the Gaza Strip belonging to the Palestinian terror organization.

A spokesman for the group told the Gaza-based Safa news site that a ceasefire agreement went into effect following Egyptian communication with its leadership.

He said Islamic Jihad would remain committed to the ceasefire as long as Israel did likewise.

There was no immediate acknowledgement of the ceasefire declaration in Israel, which in the past has denied proclamations by Gaza-based terror groups regarding understandings to end fighting.

Defense Minister Avigdor Liberman was meeting with IDF Chief of Staff Gadi Eisenkot and other top security officials at the time of the announcement.

A few hours after Islamic Jihad announced the ceasefire, the Eshkol Regional Council lifted orders that residents must remain in close proximity to bomb shelters.

Restrictions remained in place, however, limiting gatherings outdoors to 100 people and those indoors to 500.

The declaration by Islamic Jihad to end the rocket fire came as the Israel Defense Forces said fighter jets struck eight targets tied to the Iran-backed terror group in three separate military facilities after Israel was hit by salvos of rockets from Gaza overnight and on Saturday morning.

The Gaza targets included weapons production sites and a factory that makes parts for subterranean tunnels, the army said, adding that the later was near a school.

The top IDF spokesperson earlier blamed Iran and Syria for the Islamic Jihad rocket attacks. Though he did not accuse Hamas of taking part in the launches, Brig. Gen. Ronen Manelis reiterated that Israel considers the terror group responsible as Gaza’s rulers.

Another IDF spokesman, Lt. Col. Jonathan Conricus, said the rocket strikes were ordered by operatives from the overseas branch of Iran’s elite Islamic Revolutionary Guard Corps stationed in Syria and warned Israel may not limit its response to Gaza.

“From our perspective, part of the address by which we will deal with this fire is also in Damascus and the Quds Force,” he said. “Our response is not limited geographically.”

34 rockets were fired at Israel overnight and Saturday morning, according to the IDF, 13 of which were intercepted by the Iron Dome anti-missile system.

Two of the rockets fell in Gaza and the rest landed in open areas.

The Defense Ministry’s liaison to the Palestinians said a mortar launched during the barrages struck the ambulance terminal at the Erez border crossing, the sole pedestrian passage between Gaza and Israel.

In response to the rocket fire, Israeli aircraft and attack helicopters attacked 95 targets in Gaza belonging to Hamas and Islamic Jihad.

The army said the targets included military and weapons manufacturing facilities through the Strip, a factory in Khan Younis producing cement used in subterranean tunnels and a four-story building in Gaza City headquartering Hamas security services.

The IDF said in a statement Saturday morning it “views with great severity the rocket attacks tonight against Israeli communities.” It blamed Hamas for creating “a terror-enabling atmosphere…near the border fence which led terror groups in the Strip to carry out tonight’s attack.”

Palestinian sources speaking to the Ynet news website claimed the attacks were carried out against the objections of the Hamas terror group that rules Gaza, though this had no official confirmation.

Israel views Hamas as ultimately responsible for any attacks emanating from the territory it controls, regardless of the source.

In response to the rocket barrages, the IDF’s Home Front Command overnight issued instructions restricting gatherings in the Gaza periphery: up to 100 people in open areas and 500 people in closed spaces.

The rocket fire comes amid a deadly flareup in violence in the Gaza Strip. Earlier on Friday, thousands of Palestinians gathered at five locations along the border, burning tires and throwing rocks and firebombs at Israeli troops who responded with tear gas and occasional live fire.

Five protesters were killed and another 170 were injured in the clashes with IDF troops, the Hamas-run health ministry in Gaza said. One of those killed was blown up by his own hand grenade, which exploded prematurely, witnesses said.

Earlier this week, a rocket was launched at southern Israel from Gaza, triggering sirens in a number of communities in the Eshkol region, ending a week-long stretch of relative calm in the coastal enclave. In response to that attack, the IDF said it hit eight Hamas targets in the Gaza Strip, including training bases and a weapons production facility.

The ramped up tensions are likely to complicate the mission of Egyptian mediators, who have intensified their shuttle diplomacy to achieve calm and prevent a full-blown conflict between Gaza’s Hamas rulers and Israel.

Weekly large-scale riots by Gazans, and clashes between Palestinians and Israeli soldiers, have become a mainstay along the Strip’s security fence since March 30, as part of a Hamas-led effort known as the “March of Return.”

These demonstrations take place each Friday, regularly sending massive amounts of thick smoke into the Israeli communities nearby, as Palestinians burn tires along the border and send incendiary devices affixed to balloons into Israel to spark fires.

The period since March 30 has also included a number of significant flareups and extended clashes. Another rocket launched from the Gaza Strip last week struck a home in the southern Israeli city of Beersheba, causing significant damage, but no injuries as the family inside had reached their bomb shelter in time.

In recent weeks, the situation along the border has grown more precarious, as indirect negotiations between Israel and Hamas — with the Egyptian military and United Nations acting as intermediaries — have reached a critical turning point.

Israel has called for a cessation to all violence, including both the clashes on the border and the daily arson attacks that have burned large swaths of land in the south, in exchange for certain economic incentives and an easing of the blockade around the coastal enclave, which is imposed by Israel to prevent Hamas importing weapons.

At least 160 Palestinians have been killed and thousands more have been injured in the clashes with IDF troops, according to AP figures. Hamas, an Islamist terror group that seized control of the Strip in 2007 and seeks to destroy Israel, has acknowledged that dozens of the dead were its members. One Israeli soldier was shot dead by a sniper on the border. 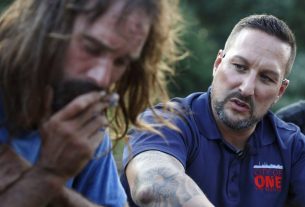 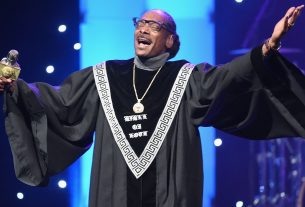 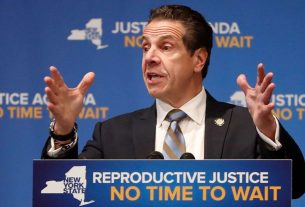