It all started in the unlikeliest of places: the parking lot of a shopping mall in eMalahleni.

Isibaya star Abdul Khoza was lounging around with friends in their car and spotted a beautiful young woman driving around, hunting for a spot to park. Seizing his chance, he offered their space to her – although Baatile Themane needed some persuading before she eased her wheels into the gap.

She recognised the handsome star who keeps viewers glued to their screens as taxi boss Qaphela and she was nervous. What could he possibly want with her? But Abdul (30) wasn’t about to take no for an answer. She eventually accepted the parking space and got out of her car. “He was waiting for me, talking too much and annoying the life out of me,” recalls the 24-year-old.

“He said he wanted to get to know me.” Undeterred by her aloofness, Abdul asked if he could walk with her to the supermarket where she was headed. “I agreed – I don’t know why!” Abdul, meanwhile, was convinced he had just met his future wife.

“She was beautiful and ngingumZulu mina (I’m a Zulu man), ngiyazazi ngifunani (I know what I want).” Baatile continued playing it cool. “I didn’t want to appear to be a groupie, so I just kept walking and he followed until I’d finished getting everything I needed.” When she was ready to leave the mall Abdul asked her to wait on a bench for a few minutes.

“He came back with a bunch of red roses. Everyone at the mall assumed he and I were dating and his fans crowded round, asking for pictures of us.” The shock of being thrust into the spotlight was a bit much for Baatile. “Fans can be so rude and invasive – they were pushing and shoving each other to try and get photographs.” When the excitement had died down the pair exchanged phone numbers – and when Baatile got home she sent Abdul a snap of the roses in a vase. “And then he couldn’t stop facetiming me! He phoned and texted every hour. My family asked but I would hide it – I didn’t want them to think he was just a guy on TV who’d take advantage of me.”

Baatile, a student teacher and BEd student in foundation stage teaching at the University of Johannesburg, had never imagined dating someone famous. But when love comes along it grabs you by the head and the heart – and now wedding bells are in the air for the pair.

Although their romance blossomed Baatile kept Abdul a secret from her rather protective family. But she knew she had to introduce them sooner or later because Abdul had decided she was the one for him. “The first time I saw her, I saw a wife,” he says. When the family introduction eventually happened, Baatile’s worries melted away.

“They fell in love with him and now they even defend him more than I do!” Still, as Baatile points out, it’s not hard to see why. From day one she knew he was different to other guys. “He was so respectful, he spoke to me in IsiZulu and he was genuine and humble.”

Baatile has also met Abdul’s family in KwaZulu-Natal and has been warmly welcomed into it. “His family is amazing, the nieces and nephews call me auntie. I also met his daughter, Azamahle, and I watched how he treats her. He is an amazing father.” Abdul doesn’t have a relationship with five-year-old Azamahle’s mother anymore but is involved in his child’s life. Abdul admits he’s a strict father but it’s done with “the best intentions”. “I want to teach my daughter the importance of please and thank you. I want her to know she needs to work for everything she has.”

Seven months into their relationship Abdul asked Baatile to marry him. “I’d planned it for some time, but I was waiting for the perfect moment to ask her,” he says. “Plus I’m a traditional guy – I need to do the right thing.” Baatile confesses she was expecting his proposal. “He’d been taking me out on dates and asking me to do my nails the entire week and I had a feeling he’d pop the question.” And one morning before he left for work he did. “He came out of the bathroom and went on his knee. He can be very romantic,” she says.

Abdul’s family has now sent a letter to Baatile’s people asking for a date for lobola negotiations. “We’re working on finalising the negotiations,” he says. “Next year we’ll do the traditional wedding and we have big plans for the future.”

Family first is Abdul’s motto in life, and that’s something he has in common with his Isibaya character – even if Qaphela is dodgy in other ways.

“The Ngwenya family has just gotten back our wealth and our taxis. We’re back in business and things are about to heat up,” says Abdul, teasing about what’s to come in the Mzansi Magic show. Qaphela’s impulsive ways are about get worse, too.

“Man, that guy’s a lunatic! He’s trigger happy and if anyone stands in his way, he will do whatever it takes. I’m the opposite, I’m always calm.” Abdul, who was an army paramedic and a fireman before turning to acting, says keeping in touch with his spiritual side has helped him maintain that calm. Writing poetry and rap over the years helps too, he adds “I grew up in a dangerous neighbourhood. Music helped keep me grounded.” He’s recorded music too, he reminds us.

“My first professional recording was in 2016, with Black Tablet featuring [his Isibaya co-star] Menzi Ngubane.” Abdul is part of a hip-hop group, Audio Assassinz, who plan to release an album later this year. While he works on his music, Baatile says they also plan to build a Khoza empire for their future children.

“We want to grow Abdul’s brand which will be used for other projects. We want to give motivational talks and raise funds for underprivileged children because we’re both passionate about giving back.” First things first, though: there are lobola negotiations to finalise and a wedding to plan! 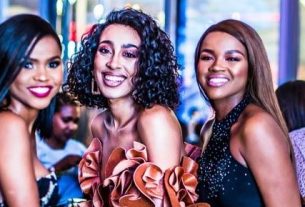 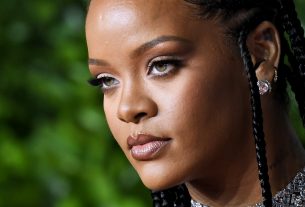 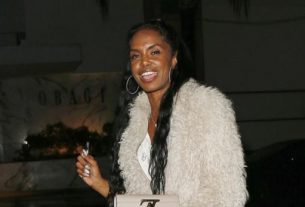