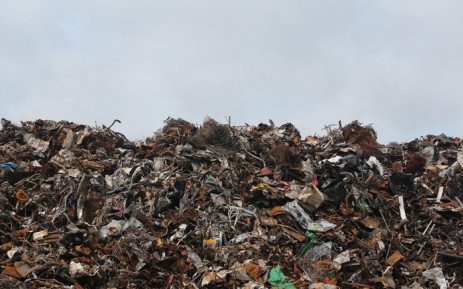 Roman Yudakov points in the distance to a stinking mountain of trash looming over the Russian capital and sighs: “Take a look at our pyramid!”

The rubbish towers above the Timokhovo dump outside Moscow, one of the biggest in Europe. Authorities plan to build an incinerator to burn some of the trash, but Yudakov and other activists are fighting for it to be recycled instead.

“The priority of the authorities is to burn, rather than sort (waste for recycling). Nobody is ready to do that,” says the 36-year-old electrician as he flicks his cigarette butt in the direction of the 157-metre high dump east of Moscow.

Open since the late 1970s, Timokhovo receives dozens of lorries every day from the capital some 80 kilometres away.

Since 2013, residents have complained of foul sulphurous smells and worry that effluents are polluting ground water. The authorities acknowledged the smell comes from the dump, but say it is now safe because of a filtration system. Activists however dispute this claim.

Just 7% of rubbish is recycled in Russia, according to official data. This falls far below France’s 43% or Germany’s 68% achieved in 2017, according to Eurostat.

The majority of household waste in Russia ends up in locations like Timokhovo, whose trash pile can be seen from many kilometres away.

In recent years, waste management has emerged as a subject of heated debate as residents of towns surrounding Moscow have protested against dumps filled to overcapacity or catching on fire.

Authorities came up with the idea of unloading some of the local landfills and taking the waste from Moscow, which produces 15% of Russia’s garbage, to the Arkhangelsk region in the north.

The new landfill project launched in the region 1,000 kilometres from the capital caused unprecedented demonstrations and led to clashes between local protesters and construction workers and security guards.

With the issue emerging as a major cause of public discontent, President Vladimir Putin in December announced that the recycling rate will increase to 60% by 2024 with the help of 200 new waste sorting centres.

But campaigners for recycling have reacted with scepticism, saying all centralised attempts at` recycling have failed in the past, and only private initiatives can be effective.

“They pretend to talk about recycling. I’ve seen an ad on the subway and opinion polls on the subject, but for the moment the government is not rushing to support us,” says Alyona Rudyuk, who runs a small recycling centre in Moscow.

The centre opened in November and is part of a network launched by an environmental association Sobirator. Every day, dozens of Muscovites come here to drop off their sorted packaging.

Sobirator also has a truck that collects rubbish in various Moscow neighbourhoods, advertising pickup points via social media or even coming straight to a person’s home for a fee.

Natalia Umnova chose that option after collecting and sorting recyclables on the balcony of her flat for several months.

“We checked the (recycling) centres nearby, but they were either closed or only accepted one type of waste,” she says.

To take recycling to a wider scale, there are a lot of challenges to overcome, mostly stemming from a lack of enthusiasm at the government level, says Sobirator founder Leonid Sinitsyn.

“We can show people how to do (recycling) but we can’t solve the problem, so we need a change in mentality and in the law,” he says.

So far government efforts appear to have had the opposite effect.

“It’s the price of (consumer) packaging that should increase, not the fees,” says former MP Maxim Shingarkin, who was one of the reform’s authors. “And as long as people are angry, they will not be motivated to recycle.”

In addition, three recycling centres opened last year and nine more are under construction, and more than 700,000 school children have attended special classes on the benefits of recycling, it said.

Despite these efforts, Shingarkin suspects that Moscow’s main regional waste disposal operator may simply lack the motivation to develop recycling.

The company RT-Invest, partly owned by the state corporation Rostec, is also involved in building four waste incinerators around the capital, which Shingarkin believes is a conflict of interest.

“Sorting and recycling rubbish would mean there is less rubbish to burn,” he said.

RT-Invest denied any lack of enthusiasm for recycling, saying the eight sorting centres it is constructing are “in its interests.”

“It’s only after sorting the waste that the non-reusable items will be sent to the incinerator,” spokeswoman Yevgenia Sokolova said. 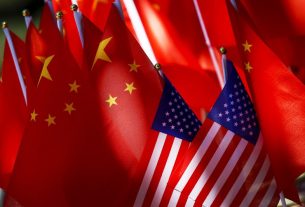 China says talks with US on trade battle have resumed 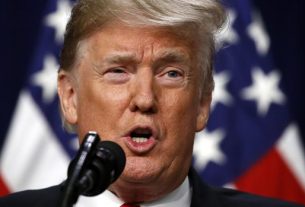 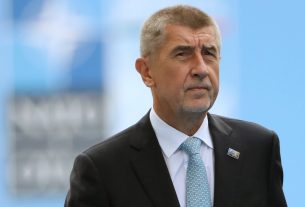