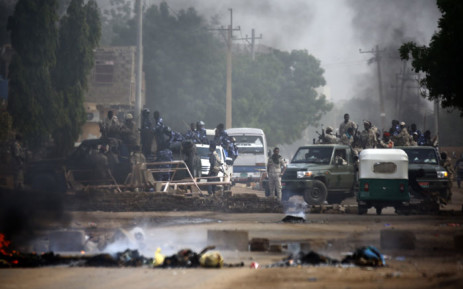 Forty bodies have been pulled from the Nile in Khartoum as the death toll from Monday’s crackdown by the military junta on pro-democracy protestors rose above 100.

The civilian groups have rejected fresh calls from the Transitional Military Council for talks, saying the army could not be trusted.

The Sudanese Professionals Association, which has been leading demonstrations for the military to hand power to civilian administration, demanded that an international committee be set up to investigate what it is calling a massacre.

The generals said they would consider what the Rapid Support Force, formerly known as the Janjaweed, did to disperse demonstrators on Monday and punish anyone who crossed the line.

There was growing international condemnation of the killing of unarmed protestors.

Saudi Arabia, that supported the military after the April coup that ousted President Omar al-Bashir, said it was watching developments with concern.

Security forces moved in to brutally disperse a protest sit-in on Monday.

The Rapid Support Forces, paramilitaries said by rights groups to have their origins in the Janjaweed militias accused of abuses during the 16-year-old conflict in Darfur were thought to have been largely behind the crackdown.

The Central Committee for Sudanese Doctors close to the protest movement said on Wednesday that at least 108 people had been killed in the crackdown, including 40 whose bodies were recovered from the Nile, and more than 500 wounded.

Sudan has been controlled by a military council since it ousted al-Bashir in April after protesters demanded an end to his authoritarian rule before agreeing to a three-year transition period to a civilian administration.

But army ruler General Abdel Fattah al-Burhan said following the crackdown that the agreement had been ditched and an election would take place within nine months — a plan rejected by demonstrators.

On Wednesday, however, al-Burhan said those in “the military council open our arms to negotiate with no restriction”, an offer that the protest leaders were quick to reject.

“The Sudanese people are not open for talks,” said Amjad Farid, a spokesman for the Sudanese Professionals Association (SPA) which spearheaded protests that led to the ouster of Bashir.

“The Sudanese people are not open to this TMC (Transitional Military Council) that kills people and we need justice and accountability before talks about any political process,” he told AFP.

Farid said both the SPA and umbrella protest group the Alliance for Freedom and Change would “continue using all non-violent tools and civil disobedience in resisting the TMC”.

The rejection came after the commander of the paramilitary Rapid Support Forces accused of carrying out the deadly crackdown insisted the country would not be allowed to slip into “chaos”.

“We will not allow chaos… we must impose the authority of the state through law,” Mohamed Hamdan Dagalo, deputy chief of the military council, told his forces in a televised address.

Hospitals in Khartoum said they were struggling to cope with the number of wounded after security forces on Monday raided a weeks-long sit-in outside army headquarters.

“The situation is very difficult. Most of the hospitals have taken in more casualties than they have capacity for,” a doctor who works at two hospitals in the city told AFP.

“Among the wounded there are still people in a serious condition and I expect the number of deaths to rise.”

There was a heavy security presence as worshippers in some neighbourhoods came out to mark the Eid al-Fitr festival.

In Omdurman, just across the Nile from Khartoum, security forces were seen patrolling in machine-gun mounted trucks.

Protest leaders have called on their supporters to take part in “total civil disobedience” to topple the military council.

On Wednesday, hundreds of residents of north Khartoum blocked off streets with rocks, and waited by them in silence, a witness told AFP.

In the distance gunfire was heard.

The United Nations said late Wednesday it was relocating some of its staff away from Khartoum, while Britain warned its citizens against all but essential travel and decided to pull non-essential staff from its embassy.

The Sudanese Doctors Union accused security forces of attacks on hospitals and staff across the country, and alleged some women had been raped in an area of the capital without giving details of how the group had learned of the assaults.

A push for the UN Security Council to condemn the killing of civilians and call on the military and protesters to work together was blocked by China, which was backed by Russia, during a closed-door meeting on Tuesday.

Eight European countries instead issued their own joint statement criticising “the violent attacks in Sudan by Sudanese security services against civilians”.

The US called on the military rulers to “desist from violence” and urged talks with protesters to resume.

Amnesty International called on the African Union and the UN to “take immediate action to hold the perpetrators of this violence accountable”.

The British ambassador to Khartoum, Irfan Siddiq, called for an end to the internet outages that have plagued the country since the crackdown.

“In these critical times it is essential that everyone can communicate, particularly to urge messages of keeping things calm and peaceful,” he tweeted.

Top US envoy David Hale, under secretary of state for political affairs, underlined the importance of a transition to a civilian-led government in a phone call with the Saudi deputy defence minister, Khalid bin Salman, the State Department said.

Saudi Arabia, a key backer of the military rulers, called for a resumption of “dialogue between the various parties of Sudan”. 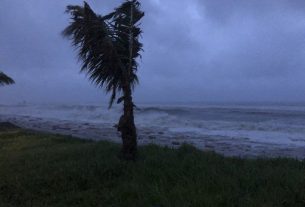 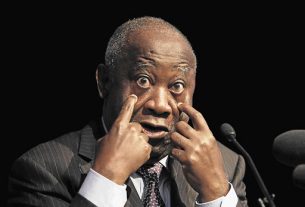 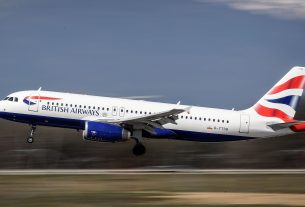 Nigerians ‘are ordering pizzas from Britain and having them flown 4,000 miles on BA flights as status symbols’